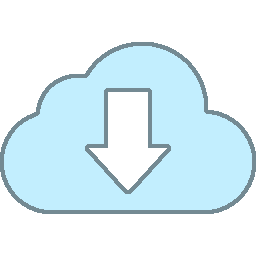 The term is tossed around a lot among Minecraft gaming circles these days.

And if you are in one, you would probably know what that term means and how does it associate with your all so loved game "Minecraft".

But if you don't, it's alright, because you are not alone. There is an astounding number of Minecraft players who are still in the dark.

So, bear with me, read this description through to the end, and you'll be wise on the subject.

So, let's begin with the basics.

What is Nether Portal Calculator, After all?

When you've gotten to the point in Minecraft where you're constructing nether portals, you can use the Nether Portal Calculator to figure out where to place your return gate so that it connects as a link between the Overworld and the Nether.

Why Use a Nether Portal Calculator?

Nether portals help speed up movement through the Overworld, but if you're in a world with some other players who build gates, it's not unusual to emerge in an unexpected place while travelling through a Nether Portal and end up at a wrong return gate.

For Instance, you created a portal from your home at X, Y, Z and moved through it only to land in a nether portal room built by someone else. So, when you went back into it, your X and Z coordinates were nowhere near where you had the entry gate, and you had to sidle through the unknown landscape at night, avoiding mobs and hazards.

And this is where Nether Portal Calculator comes in.

By using a Nether portal calculator to find X, Y, Z coordinates from Overworld to Nether or vice versa, you will have the best chances of being hooked back up at the right gates.

Does the Nether Portal Calculator Works?

Let's explain this with an Example!

Inspired? Wanna Learn How to Use Nether Portal Calculator in Minecraft?

Below is a simple stepwise guide for beginners:

Choose a place in the Overworld for a portal and build the frame without lighting it.

Enter your portal frame as if you were going to use it, and press F3 to record the coordinates X, Y, and Z, as well as the Facing (F) number. Remember! This step is important if you want a seamless transition while passing through a portal.

In our Overworld to Nether portal calculator, enter the coordinates. Double-check your entries, particularly if the numbers are positive or negative. Obsidian is difficult to disassemble and shift if you make a mistake. The calculator will convert the data and show the final coordinates that you'll need to position your Nether-side portal.

Light your portal and go to the calculated Nether coordinates using F3.

Demolish and replace the block under your feet at these coordinates with obsidian.

Steer your character until the earlier F3 Facing (F) number matches up. Please note that you will be facing this direction when you exit the portal.

Drop a second obsidian block onto the floor to your right or left (no specific direction). These two obsidians will serve as the base for your portal.

To ensure uninterrupted transition through the portal, build a walkway at least a few blocks from the portal base in the matching "F" number direction. This guarantees that you don't end up staring at a wall after exiting a portal.

Complete the Nether portal frame and then light it.

Disable or destroy the Nether portal created by the game when you first accessed the Nether. Exit the Nether through the newly constructed portal. If you follow the above mentioned steps carefully, you will surely get a pair of perfectly connected Nether portals.

• You can repeat the process and link an unlimited number of portals.

• If the game detects a portal in the other dimension that is precisely at your target coordinates, it will only use that portal, even if other potential portals are within range.

• To prevent the linking problem, ensure that no two Overworld portals are within 33 blocks of each other. You can have them that near if your design calls for it; keep in mind that they will most likely both go to the same place.

• Due to the scale variations between the two dimensions, Overworld is slacker in the placement of the portals. Generally, you can shift a surface portal up to 8 blocks in either direction without fear of conflict, as long as you don't violate the 33-meter proximity rule.

• This technique is also applicable in reverse. If you want to start a portal pair from the Nether, follow the same steps but switch "Overworld" and "Nether" and use the other calculator.

• When reading F3 coordinates, disregard the decimal portion (round off the numbers). Only the whole number is important.

• The Altitude (Y) coordinate is essential if you create a portal near the Overworld's sky limit; it will be near the Nether's ceiling, and vice versa. Keep this in mind because, if you don't, you can end up having to build a slew of ladders in the Nether to complete a walkway between the portals.

If you have several overworld locations that you want to be readily accessible, simply travel to the Nether, create a portal, and travel through it. In case you have a specific location in mind for the overworld portal that is close to where the portal was generated, you can simply delete the overworld portal and build a new one in that location. If you're getting short on obsidian, you may want to consider taking the created portal's corners. It may not look as good, but it will give you four extra obsidian blocks. Place cheaper blocks, such as wood blocks or chiselled stone bricks, to enhance the portal's look.

Building tunnels may be one of the best defences against mobs and getting lost, though it takes more time and blocks. Since you can encounter mobs when building tunnels, it is recommended that you keep all of your belongings in a chest except for a stone or iron pickaxe, a large amount of ghast resistant blocks such as cobblestone, and a large number of torches. That way, if you die, you don't risk anything critically important. The exact amount you carry will depend on how certain you are that you'll not die. Bring just a few stacks of blocks and torches if you are a beginner, but you may want to bring more if you are more experienced. For more supplies, you can always return to your Overworld base.

Nether roof is an exclusive feature in Java Edition. It is probably the safest method of fast travel in the Nether and is also one of the easiest. For this, you need to get to the Nether roof, for which there are several ways. Some of which are listed HERE.

If you want to link several portals, you can take advantage of the Nether's 1:8 scale and make a huge map of your Overworld in the Nether that is also at this scale. It takes a lot of time, pickaxes, and bricks, but it's worth the effort, making it unlikely for you to get lost.

If you carefully follow the above steps, you'll more often than not end up at your desired location. However, in rare cases, the gates may not link as planned. If this occurs, try to do some research to ascertain what's wrong.

Just carry some torches, tools, and supplies, just in case of any eventuality.

So, Try out the Nether Portal Calculator!

We'll be looking forward to Your valuable feedback